Shots Fired is the dramatic new event series from that examines the dangerous aftermath of racially charged shootings in a small town in North Carolina. The event series will debut in 2016. Sanaa Lathan (“The Perfect Guy”) is Ashe Bell, an expert investigator who digs into the cases. Stephan James (“Race,” “Selma”) is Preston Terry, a special prosecutor sent to the town by the Department of Justice. The pair must navigate the media attention, public debate and the social unrest that comes with such volatile cases, as they seek justice before the divided town erupts.

Academy-, Emmy- and Golden Globe-winning actress Helen Hunt (“As Good As It Gets,” “Mad About You”) will portray Patricia Eamons, the politically fierce, fictional governor of North Carolina who prides herself on not being a typical politician. As the first female and Democrat governor in the state, she is in a tough re-election fight, and the national media attention on the recent shootings in her state is making it tougher. Academy- and Golden Globe Award-winning actor Richard Dreyfuss (“The Goodbye Girl,” “Jaws”) will play Arlen Cox, a real estate mogul and owner of a privatized prison who is intricately involved in the shootings. Stephen Moyer play Officer Breeland, a seasoned veteran in the town’s Sheriff’s Department, who gets caught in the middle of the investigation. [ FOX]

The shoot will be taking place on Friday, May 27th.

COPS – Caucasian males 18+ years old, must have between 32-38″ waist
The casting time and location is still being determined. The pay rate is 64.00 for 8 hours.

If you would like to be considered, you should email at: shotsfired.mhc@gmail.com
Subject Line: YOUR AGE/GENDER/RACE/ROLE/5.25
25/M/C/COP/5.27 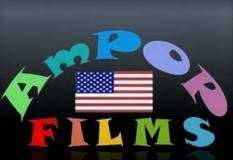