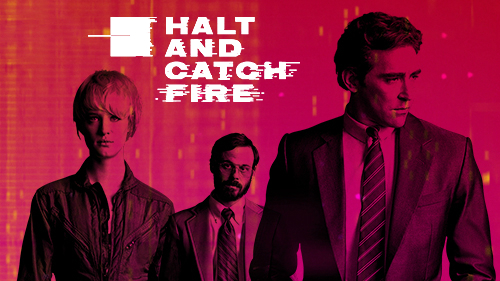 Casting Directors are looking for truck drivers and people with 1 – 3 year old children to work on scenes filming next week on AMC’s hit TV series Halt and Catch Fire in Atlanta, Georgia.  This is a great chance to appear on the new season of a big name show!

Halt and Catch Fire is a historical drama set one year after IBM took over the computer industry with its first major product release; the IBM PC in the 1980’s.  The show is about a former IBM executive named Joe MacMillan, played by the actor Lee Pace.  He and his ambitious team lay out intricate plans to reverse engineer the flagship product of  IBM in order to be the best computer company in the industry.

Together they set out to create the best computer possible, ousting the giant company from their throne. His smaller company is out manned and under funded, but they have the smarts and the motivation to be better than IBM.  The show is produced by Christopher C. Rogers and Christopher Cantwell and premiered on AMC on 1st June, 2014.  The drama centers on the backdrop of the 1983 era in the Silicon Prairie, Texas.  This show is based on true events that took place during the computer race of the 1980’s.  Not only is the show very entertaining, it tells as historical tale that many people do not know about.

What: People to play truck drivers and families with young children.

This is a tremendous opportunity to be featured in a top tier show on a national cable network.  AMC is known for dramatic and action packed shows, and Halt and Catch Fire is no exception. Not only will this help you gain experience in the industry, you will meet professionals that know what it takes to be successful.  You might just make the right impression on someone and find yourself with an even bigger role.

Open Auditions for Kids in NYC for Disney and Cameron Mackintosh’s...