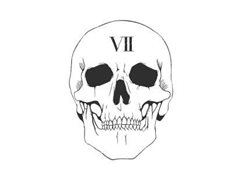 We require a Lead Male 19-27 that is comfortable with speaking in a UK – English accent for the role as the film will be set in the United Kingdom. This will be the 7th Short Film created and produced by 7 Heads Productions. Sticking with the Horror genre we are mostly known for, this film will be centered around Vampires. Filming will start mid-May 2016, shooting in Newcastle, NSW with auditions beginning in the next few weeks.

SYNOPSIS: Ruby, a powerful bloodlord of the vampire realm who is responsible for ensuring supply to her followers has been taken by a secret organisation against her will after her lover and business partner Zane turns her in unknowingly. While inside, Ruby is subjected to blood restriction, experiments and torturous surgeries to collect data and samples for classified studies. On the outside, Zane watches as the empire they have built is reduced to nothing. As the balance in the vampire world shifts and the affairs of their ancient society begin to spill over into the human world, Ruby must take on her enemies one by one to secure her bloodline’s future success.

Requirements: Contact lenses and fake fangs will be provided, must be comfortable with wearing both of these for certain scenes.

Zane is a loyal partner to Ruby. He will do anything to protect her. He is stern and cold but shows emotion only to Ruby or if it’s about her safety. Zane is almost more Human than Vampire at times. He knows when force is needed and isn’t worried to cause bloodshed.