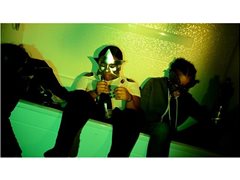 Facebook
Twitter
Google+
Pinterest
WhatsApp
PLOT
XTC is a dramatic story about 3 young people who engage in the occasional and non-threatening drug use at a party. That is until the comedown after the party, when things take a strange turn for the worse.

OUTLINE
Riley is a 23 year old girl who arrives at her best friend’s (Morgan) party. There she also meets Alex, Morgan’s boyfriend, whom Riley doesn’t really like or trust.
Shortly after she meets her best friend, they take drugs, they have the best time of their lives.
The next day Riley wakes up to sounds of screaming and shouting. Due to the after effects of last night’s drugs mixed in with new substances and lack of sleep, Alex is now extremely paranoid and aggressive, so he accuses his girlfriend of losing his drug dealing money and decides to keep the girls hostage until he finds it.
The girls come up with an idea to escape. Morgan tries to seduce Alex into their freedom, but what happens next is more violence and the attempted asphyxiation of Morgan by her boyfriend, but gets saved by Riley who stabs Alex in the neck and kills him.

THIS IS AN UNPAID JOB

ALEX: the antagonist. Alex is a drug dealer and a fond user of drugs outside of the party scene. If at first he seems friendly and harmless, we see the true colors of his behaviour after the party, when he is no longer sober. He becomes extremely paranoid, agitated and aggressive. His priorities also become more evident when he puts money above his girlfriend’s life.