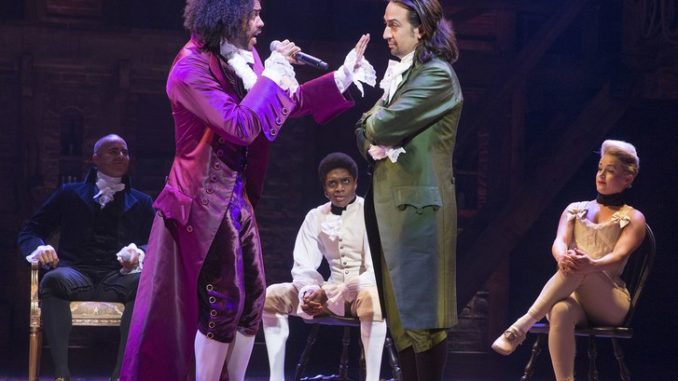 Casting Directors are seeking men and women, ages 20’s – 30’s, for the non-white characters written for the currently running and upcoming Broadway, Chicago, and touring productions of Hamilton. This is an amazing opportunity to be apart of one of the most famous musicals of all time.

The musical, Hamilton is about the life of American founding father, Alexander Hamilton, and it controlled every category at the Tony Awards. Hamilton received a record setting 16 nominations in 13 different categories.  Out of the 16 nominations, the production won 11 awards, setting the record by a long shot.

The musical previously received a Grammy for The Best Musical Theater Album and a Pulitzer Prize for Drama.  The musical will forever be known for its uniqueness, blending historical content with hip-hop song and dance.Hamilton is so influential, that it is being used in history classes by teachers around the United States. One middle school teacher stated that, “Hamilton shows the founding fathers were real humans with real feelings and real flaws.”  He then went on by saying that the musical is so popular that he frequently hears his students, “Singing these songs the way they might sing the latest release from Drake or Adele.”

Hamilton shows the impact that drama and theater has on our society.  There are thousands of acting opportunities that people do not focus on, and sometimes the theater world goes overlooked.  Theatrical productions are sometimes just as popular as a big named movie or TV Show.  If you have the talent and ability to dance, sing, and act, make sure to include musicals and plays when you look for auditions.