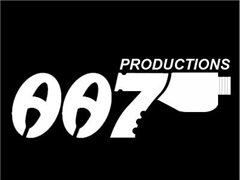 Facebook
Twitter
Google+
Pinterest
WhatsApp
We are a team of independent film makers currently working on several scripts for exciting upcoming projects. Our first production a comedy spy thriller is almost under wraps and we aim to start on our next project very soon. It is a short suspense thriller film.

We require a talented Scriptwriter to work closely with us to polish existing scripts and write new ones from our ideas/concepts before we start filming. We are ready to produce several short films in succession and hope you will be joining us in this journey and become part of the crew.

Unfortunately there is no pay as we are initially producing films as non-profit just to get our work recognised and foot in the door. However expenses will be covered and if things go as planned there should be treasure at the end of the rainbow. For now join us, start working, get exposure and have some fun. Full credits will be given for your participation.