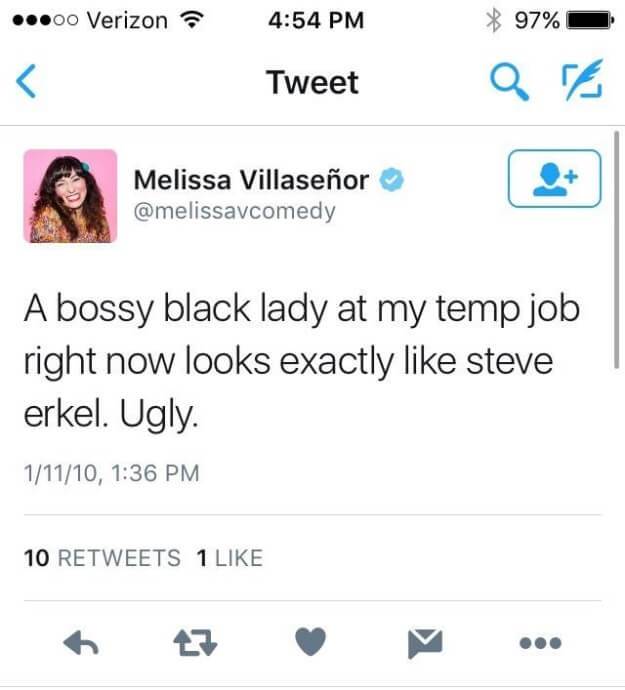 It was big news and definitely an accomplishment for the Hispanic community. But, a week after the news broke, reports surfaced that Villaseñor had been deleting old tweets.

Thousands of those tweets were saved before it was deleted and many people are calling them racist. 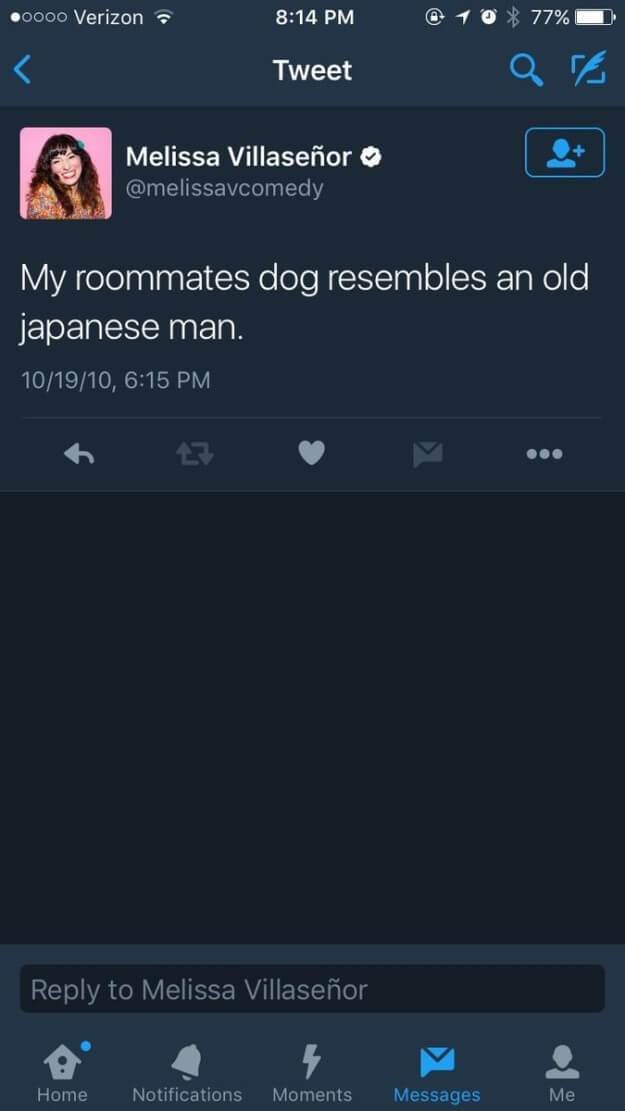 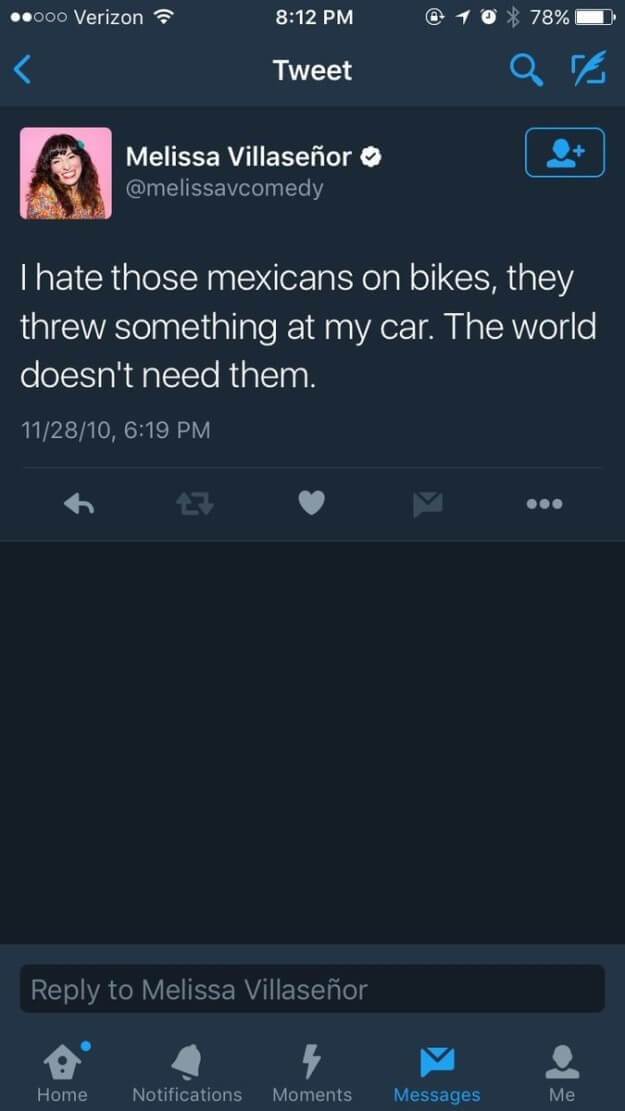 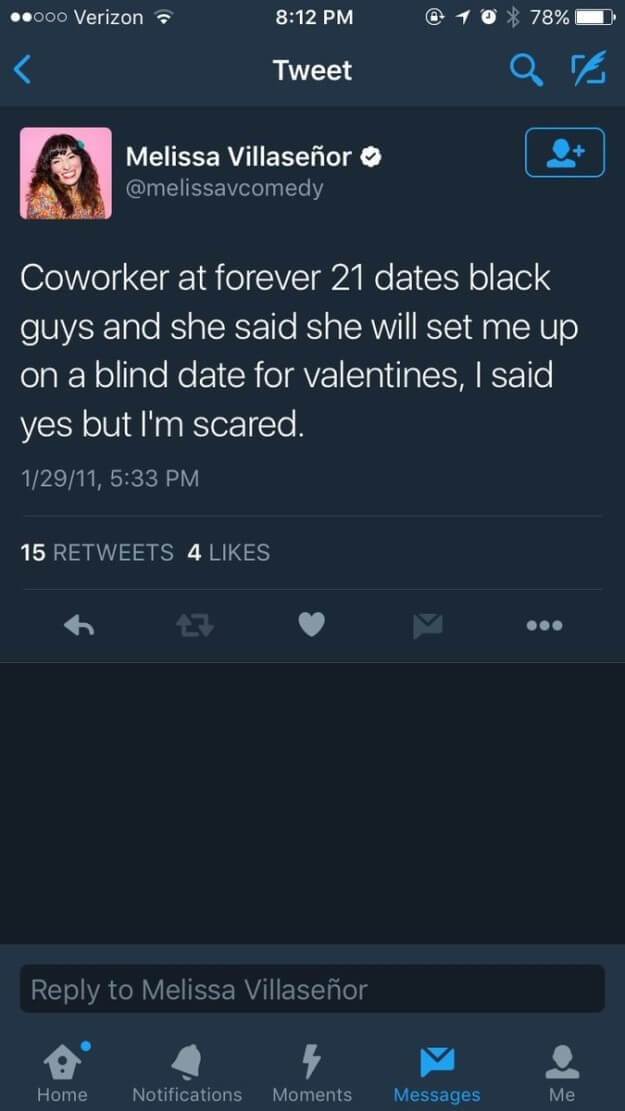 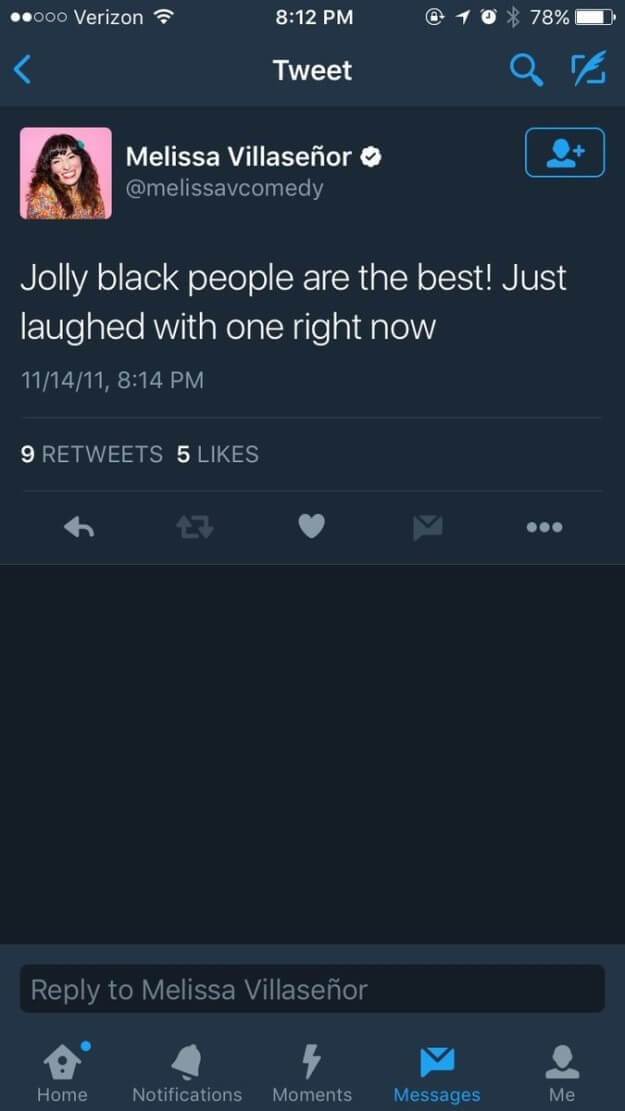 Since the now deleted tweets have gone viral, many people have gone to Twitter to voice their outrage with the new SNL cast member.

Not watching #SNL this season with racist comic Melissa Villasenor. You can do better @nbcsnl

Disappointed to hear about Melissa Villaseñor’s racist tweets. I was rooting for her as the first Latina on SNL.

“I’m so happy I got a job on SNL! maybe I should delete the thousands of racist or otherwise offensive tweets I’ve made??” -M. Villasenor

If @melissavcomedy hadn’t been hired by @nbcsnl she wouldn’t have deleted her RACIST tweets #RacismStopsWithMe https://t.co/sy5J3RuipL

it is hilarious that Melissa Villasenor locked her account, deleted 2k tweets, and STILL left a bunch of racist ones on her tl