Everyone on the cast of The Walking Dead understands that eventually they will get killed off the show. It’s just business. As a recent study pointed out, the best way to keep people interested is by killing off major TWD characters. However, one major character wasn’t ready to leave the show and begged that she wouldn’t be killed off The Walking Dead.

And I mean why not? They get to live in Atlanta, hang out with celebrities, and appear on the most watched show on television. That’s why when an actor gets word that they are getting killed off, he or she usually tries to talk the producers into letting them stick around.

It doesn’t work very often. But, actress Melissa McBride was able to convince The Walking Dead producers not to kill her off. In fact, producers decided to kill T-Dogg off instead. In addition, Jeffrey DeMunn, who played Dale, was also famously asked to be killed off out of respect to Frank Darabont, who had been fired from the show. But he later had a change of heart and tried to convince the writers not to kill him. Unfortunately for DeMunn, the change had already been scripted and planned.

A few months ago, when Deanna was killed off, she also tried to talk showrunner Scott Gimple into letting her stay. She even offered him a couple of ideas on how to change the storyline for her character. Here were her ideas: 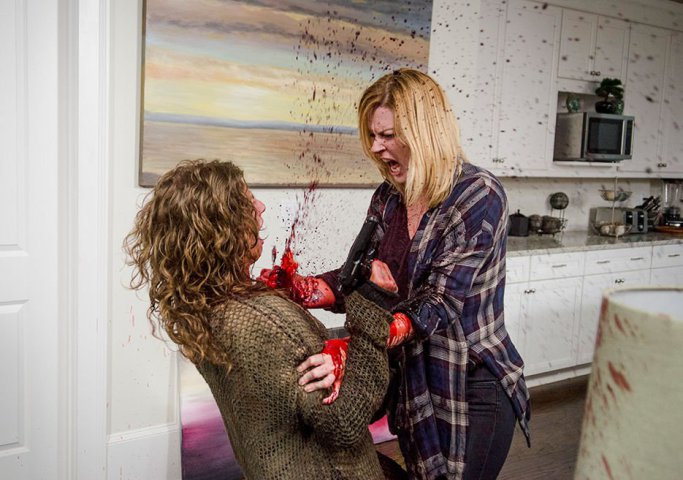 The latest cast member to try to change her fate on the show was Alexandra Breckenridge, whose character, Jessie, died along with her two sons, Sam and Ron, in the midseason premiere. She was not ready to leave the cast and crew of The Walking Dead and tried to change her fate.

I sent Scott an email and had a pitch for how he didn’t have to kill Jessie. It wasn’t totally serious and said, ‘Her children get killed, Sam is eaten and Ron is killed trying to kill Rick – and Jessie leaves the group and you don’t find her again for another year and a half when you see her in season seven or eight and she’s a crazy feral woman. I thought it was fun. It was a more interesting direction than standing there in shock and getting eaten herself.

At the end of the day it just proves how much the cast loves working on The Walking Dead and how no one ever wants to leave the show.

If you’re interested in joining the cast of The Walking Dead, check out our guide on how to audition here.