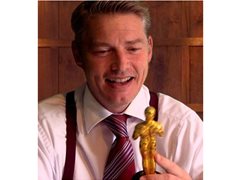 This latest sketch centres around a couple attending a registrar’s office to discuss naming their child. A fairly normal situation, however things quickly get farcical with the sort of names they start to come out with…

Looking to shoot SATURDAY 20TH FEB. Filming will be in Kingston Upon Thames (SW London).

Likely to take around 2 hours to shoot max.

The Registrar Official. Sensible, level headed, calm, collected. Tries to dissuade the Spencer’s from their insane choice of names.

Females, aged 40 to 65 from Kingston upon Thames, United Kingdom