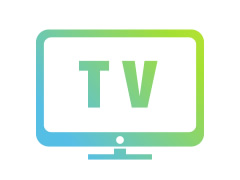 ‘Capturing Wind in The Trees’ is a song that tells the story of an old Australian soldiers PTSD and its impact on his life.
As a conscript soldier in the Australian Army during the Vietnam War I saw things and did things that I would rather forget.
I do suffer from PTSD and this documentry/ partial re – enactment, will hopefully help people understand the ongoing crises that the madness of War creates for all on either side.
It is about ongoing life or death decisions, walking away from the past to live for today and tomorrow and will hopefully save lives? (from Suicide)
This film will be featured in the ‘Veteran’s Film Festival’ held October 14th 2016 at the Australian War Memorial on Canberra.
This is a non speaking part but does show the actor on stage as a pop star in front of screaming girls lip sinking the actual song that was my local Perth hit in 1968.
You will need to be brown eyed with and dark longish hair similar in style to that of the period